“Estoy embarazada” means “I am pregnant” in Spanish, and is example numero uno of embarrassing language mistakes.

But language learning awkwardness is not just limited to these slip-ups. Simply exposing yourself to conversations with native speakers is a (small) social risk. The best time to learn is obviously when you’re a kid, not just because it’s easier, but because your mistakes cause you no embarrassment whatsoever.

Conversely, learning as a young teenager (when most British kids start) is almost the worst time, because your self-consciousness is at its hideous peak. This can really hamper your willingness to throw yourself into speaking practice.

Happily, adults have less shame about sounding a bit foolish (exhibit A: dads everywhere). One morning last week, I got into the elevator at work and greeted a friend with a “ça va?”, and we shared a few words of half-remembered French. As the other person got off on the third floor (thankfully a different company), she wished us a “bonne journée” in her native accent. At least we gave her a laugh!

And let’s not forget one of the clumsiest Spanish exchanges I had in a local cafe. I’d only been learning with Duolingo, and when I heard the two baristas speaking Spanish I tried out a little conversation (“hola…”… “estoy aprendiendo…” “de donde es?”). It was so awkward, but I was pretty proud.

Best of all was the horror on my sister’s face when I told her later what I’d done.

One thought on “Those Embarrassing Language Learning Moments” 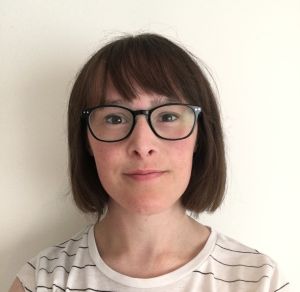 Hi! I’m an editor, part-time EFL teacher and language nerd living in London. I can chat badly in Spanish (still learning!) and I’m proficient in German but always learning more. I write about culture, entertainment, literature, history, and of course how to learn a language.